One of the first things that struck as I looked around this October while we were on our Roman holiday was the state of structures built around first century AD. They’re all in ruins, and nearly all of them reduced to indistinguishable rubble. When you look at it from this perspective, the Colosseum is staggering.

Hit by numerous earthquakes (notably in 217AD, 223AD, 442AD, 801AD, 1349AD, and in 1703AD), aside from fire, lightning, and later pillaged for construction material thereby dangerously weakening its structural integrity, it is some engineering feat that it still stands remarkably intact. Guts exposed, of course, but it is nothing like the rubble of the Roman Forum, Circus Maximus, the Palatine Hill, Temples of Elagabalus, Venus and Roma around it.

Primary cause of partial collapse of the Colosseum’s outer rings, as studies indicate, are attributed to heterogeneous ground underneath. Reduced soil stiffness, due to less compact Holocene alluvial deposits it partially sits upon with the intact parts supported on Pleistocene, volcanic, and sedimentary rocks, led to first differential settlements and by virtue, increased local stresses, which over time, initiated its progressive partial collapse.

What’s insightful about the structure is the way its builders conceived an ingenious new way, using vaults and arches, which not only favoured practical construction, but also brought a degree of isolation and shear wall effect against ground movement. They connected supporting sections of two theatres to create a free-standing building, which served the practical necessity of grouping a large audience around an area of limited proportions. 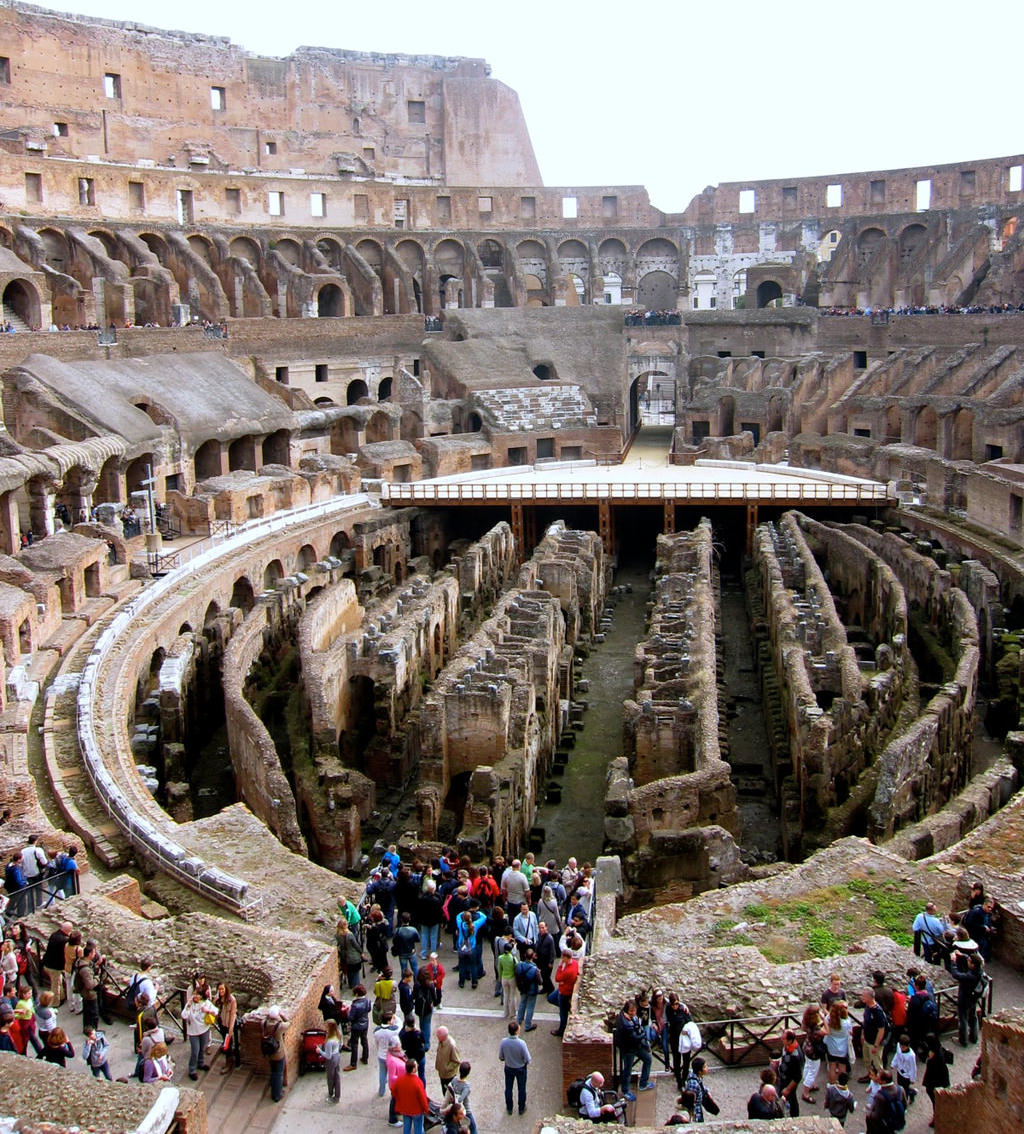 At a fundamental level, they used a technique of inserting square bronze clamps between building blocks with great amounts of lead used for sealing, as an advanced earthquake-proof system of its time, in which lead was used for absorbing seismic shocks. The large and indiscreet holes, now observed on the walls of the Colosseum, were apparently made in the Middle Ages for extracting bronze clamps that were fixed vertically to blocks beneath them with lead poured into cups carved in the stone.

Some interesting factoids I learnt along the way:

I am astonished by its sophistication, and awe-inspired by the minds that planned, designed and constructed it to withstand forces of nature and man for 2,000 years. An 8th century epigram, attributed to the Venerable Bede, describes this bloodsport arena best: