Bentley’s SACS is the other suite I often use at work. So in the tradition of improving one’s own work environment, I extended syntax-highlighting for SACS input files with this public repository sacs_st. Here is a view of a couple of files syntax-highlighted in Sublime Text 3. 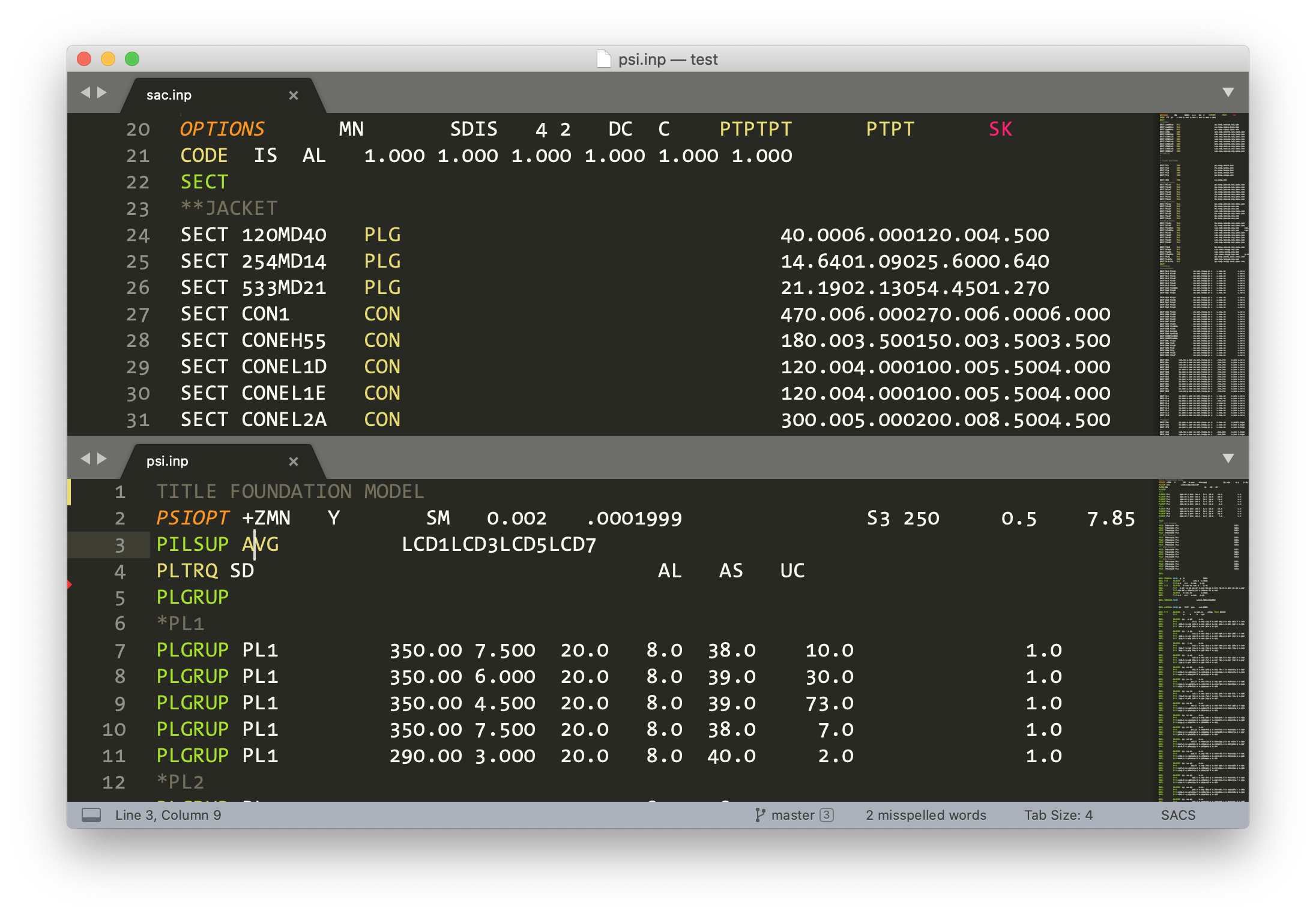 Be sure to have SACS input files end with .inp for syntax highlighting to work.

SACS commands are spread across its numerous manuals, and so it was an interesting exercise in amassing them all into a list first, and then sort them to remove duplicates. But before doing so, I wanted to see which ones were repeated. So I wrote this script to find out:

The number 85 in the code above is arbitrary. I tried a few others before like 100, 90, until single occurrences of commands reduced to just a couple.